Our applications have secrets. These are credentials to remote systems like a database, or tokens to infrastructure like Kubernetes systems or keys used within the application. And the question always is, how can we secure this data during the process of deployment? How do we manage different secrets for different environments? How can we securely manage this data? One of the solutions to this is provided by Hashicorp’s Vault.

HashiCorp’s Vault is a secrets management tool specifically designed to control access to sensitive credentials. It can be used to store sensitive values, and at the same time, dynamically generate access for specific services/applications on lease.

Here we walk through how secrets managed in Vault be injected into Kubernetes workloads. This works as a sidecar in Kubernetes that pulls in secret and makes it available to the pods. There are three high-level tasks to be performed to achieve this:

Create some secrets in Vault

In the Vault pod, run the following commands to create a secret that we will use in our pod.

This creates a key-value secret of username and password in Vault under the path internal/database/config.

Assuming that Vault is running in the same Kubernetes cluster, in the Vault pod, run:

The important thing to note in the above policy grant is the service_account and the namespace granted access. Both cannot be wild cards. In this case, any pod running as a service account internal-app will be able to extract the secrets into the pod.

And the role, internal-app that you created, will be used in annotations in your pod.

Use Vault secrets in your pods

First, you need to create a service account that will be running the pod:

Make sure to set the service in the pod manifest:

Now, for the pod to be able to access the secret, you need to assign the following annotations to the pod:

And the last annotation line will read the secret in the path internal/data/database/config and make it available in the container in the file /vault/secrets/database-config.txt in the pod! Your application can now read the file and use the content! If the content gets updated in Vault, the file will also be updated! It is the responsibility of the application to re-read the content!

Using annotations, you can have the content formatted and written to file or even available as environment variables:

This would create a file /vault/secrets/config in your pod. So, you need to source that file before starting your application executable to make the db_passwd available as an environment variable to your application.

The injection of secrets into a pod to be used by an application is the responsibility of the application manager. So, what role can Spinnaker play in this process?

Spinnaker can help you deploy the same application manifest in different environments but using various Vault secrets. You can have Spinnaker set the annotations in your manifest depending on the environment your application is being deployed to. You can also use Spinnaker to control the service account in which the pod is running or the namespace where the pod gets deployed. So, the application developer does not need to worry about the actual secrets being used during the deployment of the application. 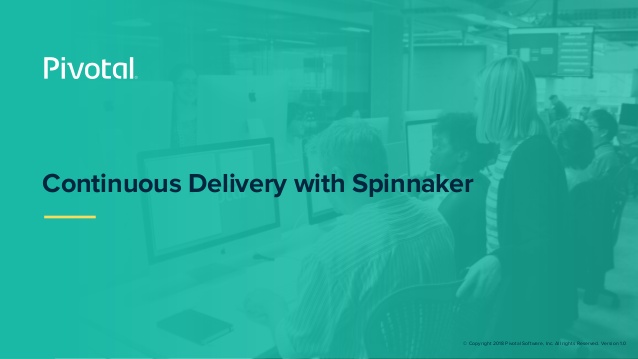 Posted on April 6, 2020September 8, 2020
Introduction Cloud Foundry is used by enterprises across the world to host applications and supports the full application development lifecycle. With out-of-the-box support for...