What is Canary Analysis ? 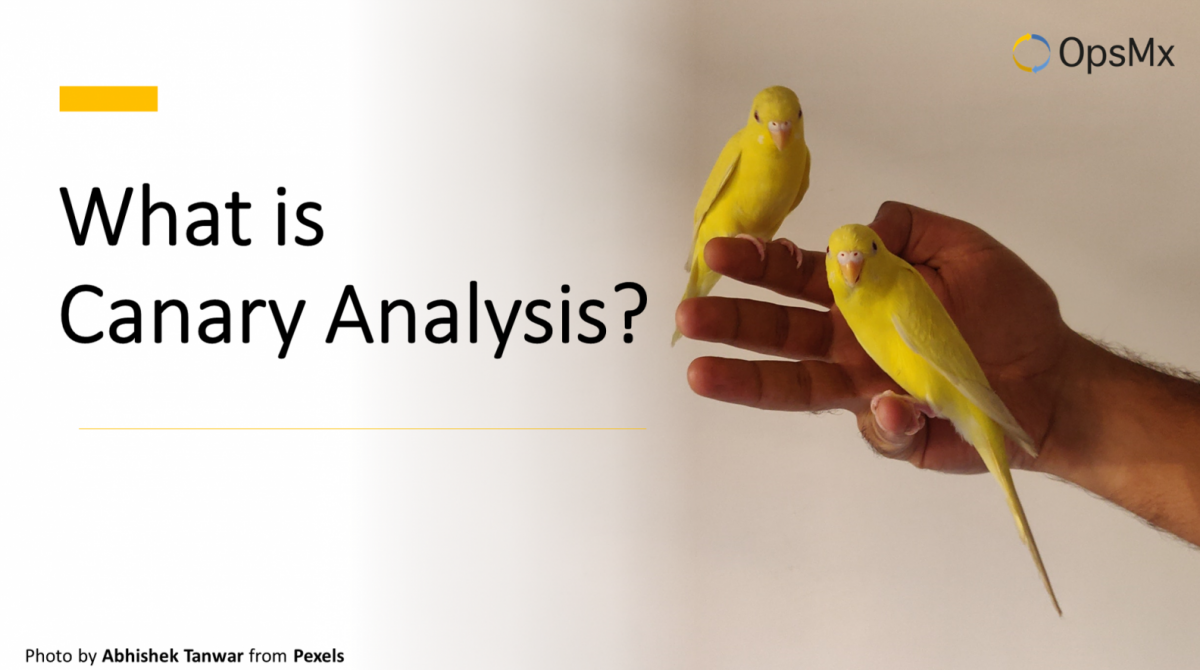 We discussed the basics of canary deployment In the blog “What is Canary Deployment?“. It is one of the most widely used strategies because it lowers the risk of moving updates into production, while simultaneously reducing the need for additional infrastructure.

Today, many applications run in a dynamic environment of microservices, which makes the software integration and delivery process complex. The only way to successfully deploy updates consistently is to use solid automation with tools like Spinnaker.

What is Canary analysis?

Canary analysis is a two-step process where we will assess the canary based on a selected list of metrics and logs to infer if we are going to promote or roll back the new version. So we need to be sure that we are gathering the right information (metrics and logs) during the test process and conducting a solid analysis. (From here forward in this blog we will refer to metric and logs simply as metrics)

The Two Steps for Canary Analysis

A screenshot of OpsMx Autopilot running a canary analysis with a set of 4 metric clusters.

We need to perform the last step of canary analysis evaluating the values of the metrics. By doing this we will be able to assess if the canary instance should be promoted to production or not.

Before every hypothesis, we will define the two hypotheses and based on our data we will prove one wrong.

H0 : The canary is bad: Rollback

Canary Hypothesis Testing with 10% of Baseline

A simple analysis might start by comparing the canary results with the larger baseline version. However, this evaluation typically leads to incorrect decisions.

A Canary at 10%  of the traffic may not behave abnormally but there is no way to be confident that it will behave the same at 30%(or 60% or 90%) of the traffic. This may be because of the following reasons.

This issue is resolved with the use of A|B Testing strategy. Instead of comparing the canary with a baseline from production, we split the canary infrastructure in two pieces, and deploy the baseline system into one half and the new canary the other half. This will allow for a level playing field where we can accurately gauge if the new canary compares favorably to the baseline system. Because the instance is small, the cost of a separate A|B Test inside a canary deployment will be minimal.

The analysis of the canary is performed by comparing percentage differences or quantile differences between the canary and the baseline instance. A further Wilcoxon rank-sum test is performed to check whether the two instances in question will behave similarly. Based on the similarity score we will decide the next step. If our numbers are favorable, the traffic will be increased to 10% and the analysis will be repeated again. This process is to continuously increase traffic until we are confident that the canary has generated enough data under “real world” conditions to decide whether to promote or rollback.

As software deployments move at scale and velocity it becomes highly crucial to have a proper system in place that assess these releases before they damage the production environment leading to losses for an organization and irate customers. canary deployments provide an excellent approach to reducing the risk of introducing a defect into production, are relatively low cost, and do not slow the process much as long as appropriate automation is involved. One way to increase the speed of canary analysis is to use OpsMx Autopilot to automate the verification process. For detailed information on Autopilot, check out the Product Page.

An enterprise must evaluate a holistic continuous delivery solution that can automate or facilitate automation of these stages, described above. If you are in the process of automating your CI/CD pipelines, OpsMx Enterprise for Spinnaker can help.