Five Advanced Deployment Strategies to Consider for Your DevOps Methodology 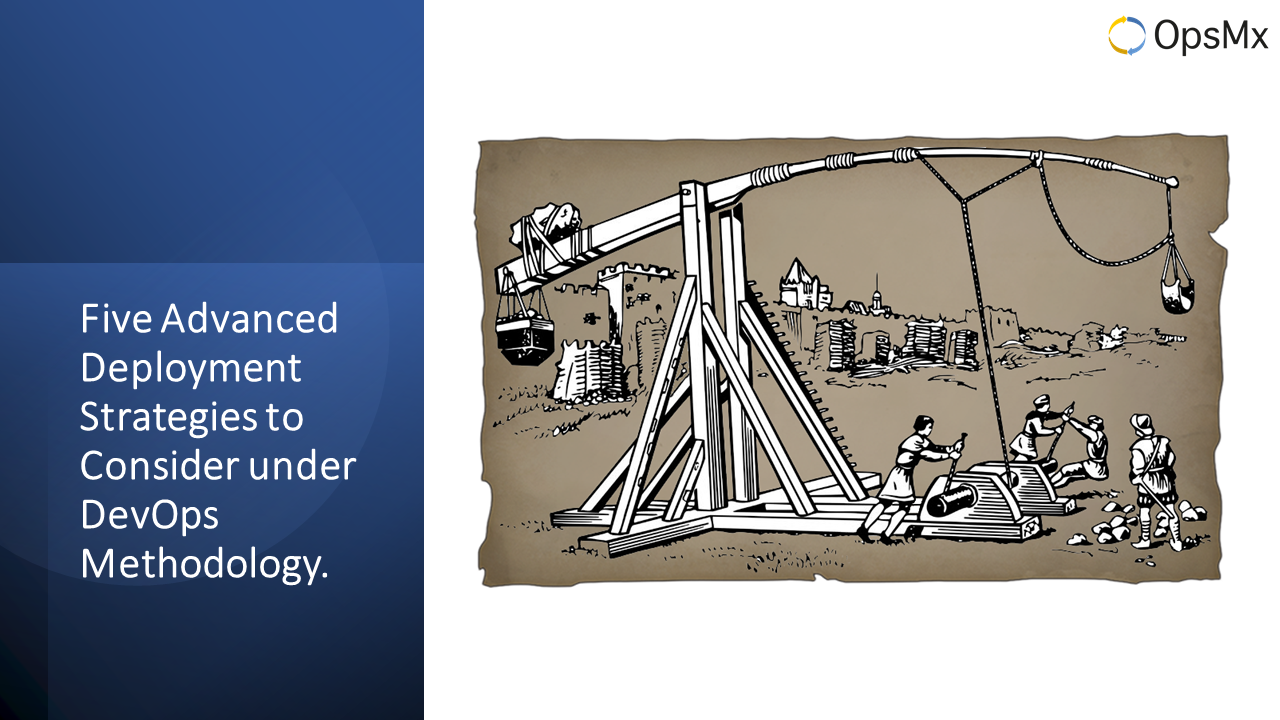 For an organization, in any environment, the day is never too far when the code and software need change or an upgrade. As this change is inevitable, the goal of DevOps is to mitigate the troubles associated with it, like downtime and last-minute failure. This shift or change must be smooth so that the end-users will not be impacted. Engineers have been constantly devising new and different types of application deployment strategies to make this change peaceful and effortless.

While I explain each strategy, we will simultaneously learn when to deploy the strategy in question.

Canary deployment is a technique to reduce the risk of introducing a software update in production by slowly rolling out the change to a small subset of users before making it available to everybody.

This deployment technique is one where the SRE of an application development team relies on a router or load balancer to target individual routes. They target a small fragment of the overall user base with the newer version of the application. Once this new set of users are have used the application important metrics will be collected and analyzed to decide whether the new update is good for a full-scale rolled to all the users or whether it needs to be rolled back for further troubleshooting.

In short, the agenda is to target a small user base to collect results and predict the outcome for full-scale production deployment.

When to use a Canary strategy?

Note :
Canary deployment has taken birth from a strategy called a rolling deployment strategy (or Ramped). the Ramped strategy is one where an application is upgraded by rolling out small instances of the new application one after the other until the whole application is updated. As on when a new instance is deployed the older version of that instance is removed.
Because this method has multiple problems like a long deployment rollout and rollback time with no control over traffic. It has been superseded and modified to become the Canary Deployment strategy.

A Blue-Green deployment strategy is one where the old and the new instances of the application or microservice run in parallel at the same time in production, and a load balancer switches traffic from the older version to the newer version instantly.

In this strategy, the SRE’s are trying to enable instant rollbacks at the sight of the first problem. The stable version that is currently running is usually called a Blue instance and the new one that is running in parallel is called the green instance. Both these versions are always available in the production environment to avoid deployment downtime. In case of a failure, the load balancer will instantly switch all traffic to the Blue instance.

In short, place the older version as a backup to always and run alongside the new version.

When to use a Blue-Green strategy?

The Recreate deployment strategy is a rudimentary form of deployment strategy where the older version must be shut down before deploying the newer version. This technique implies that deployment downtime of the service is expected and a full reboot cycle is executed. This doesn’t use the feature of a load balancer and works in limited infrastructure where application availability is not a major concern

In short, remove the older version after shutdown and deploy the newer version.

When to use a Recreate Strategy?

This a fairly complex deployment strategy as during the deployment cycle SRE’s have to maintain two versions and avoid duplicate requests getting generated by the forked user traffic. Payment gateway modules need more attention as users may get charged twice for a transaction if SREs don’t ensure that forked requests are nullified.

When to use a Shadow Strategy?

A/B testing deployment strategy relies on real-world statistical data to decide on a rollout or rollback. It consists of routing a subset of users to a new feature or functionality under specific conditions and then gathering data on this set of users for comparison with the general average of that of the older version. This strategy has its benefits, however, if combined with a canary deployment it can further improve reliability.
Read more on how we at OpsMx perform this augmented Canary Analysis.
In short, test the new feature with a targeted set of users (not random), but based on common parameters segments of the users like geography or device type.

When to use an A/B Strategy?

There are multiple deployment strategies available in the DevOps world today and an SRE has to choose and make an informed decision on what suits him or her requirements best. Some strategies may be costly to be used in staging or test environments, whereas the costs are worth it in a production deployment. Here is a deployment strategy chart that you may find useful. 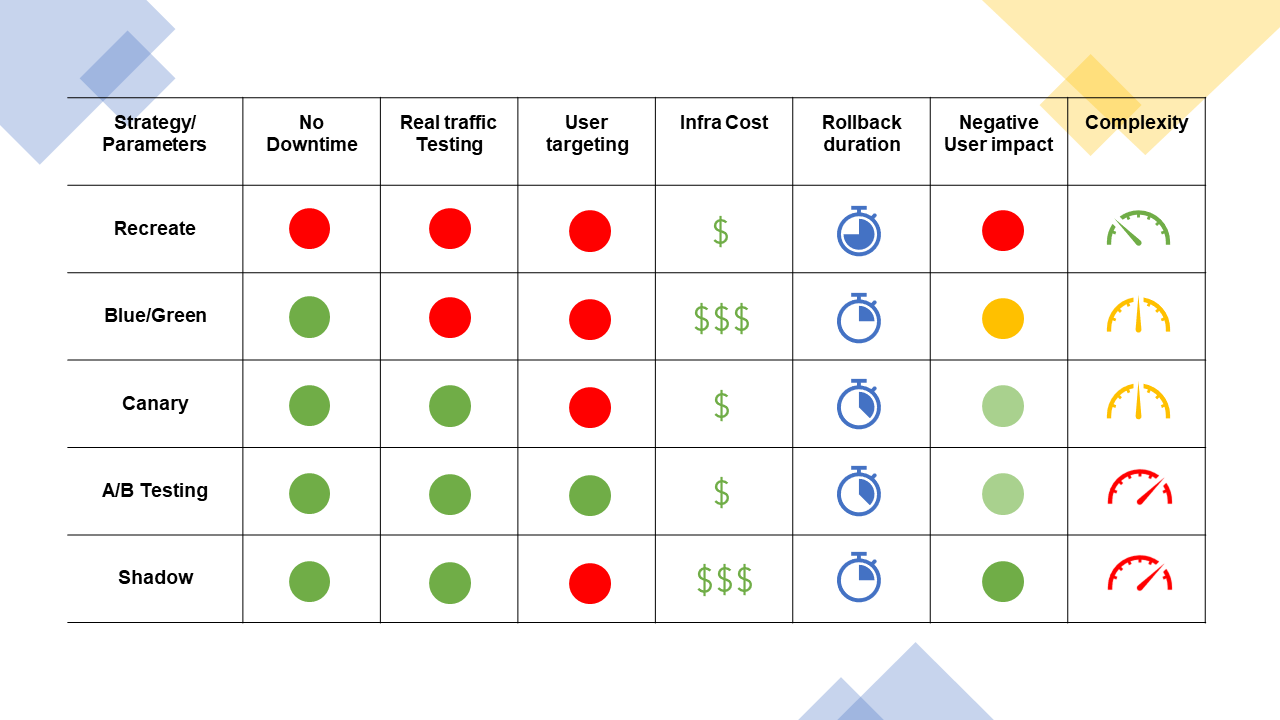 Basic Authentication for Prometheus and Alertmanager on a Spinnaker CD pipeline

Is your DevOps Journey heading the right way?

How to Integrate AWS ECS with Spinnaker