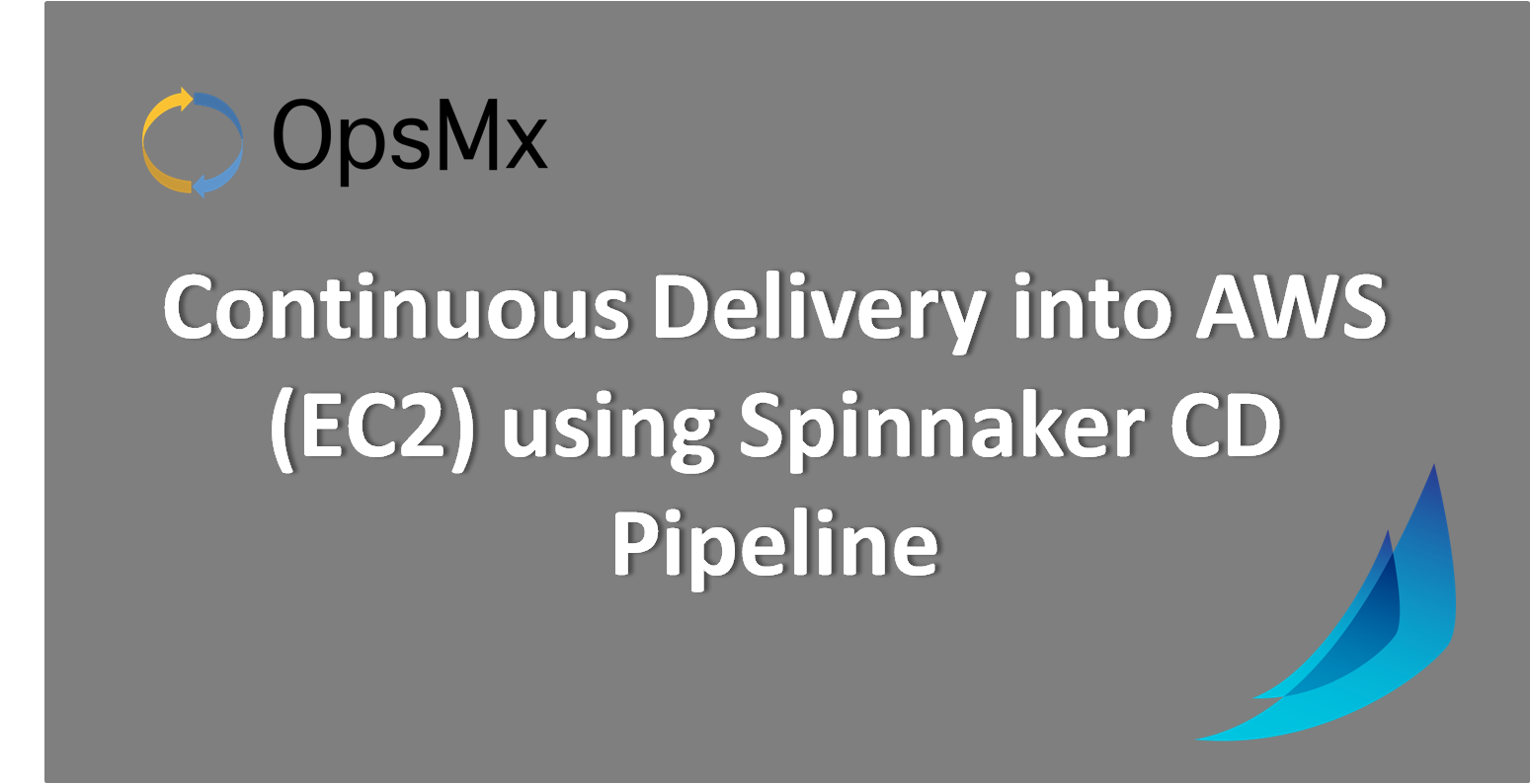 An Amazon EC2 instance is nothing but a virtual server. It is used for or running applications on the Amazon Web Services (AWS) infrastructure. AWS is a comprehensive cloud computing platform that enables users to run application programs and scale at will.

Deploying to AWS (EC2) using Spinnaker CD pipeline, refers to the process of deploying a server group based on the Amazon Machine Image (AMI) that was created in a pre-stage ‘Bake’. During this process of continuous delivery, Spinnaker creates the EC2 instances with an existing SSH key-pair on selected subnets, associating security groups to each EC2 instance of the server-group, and hooks the server-group under a selected load balancer.

In this article, we will be covering the procedure to set up for the following:

Pre-Requisites for setting up deployment

For setting up a successful Deploy stage in Spinnaker, we assume that you have the following:

Remember, deployment to any cloud is governed by the Clouddriver service of Spinnaker.

To perform a successful deployment to the AWS EC2 auto-scaling-group, Spinnaker requires a baked image as part of the pipeline process. If the Bake stage is not set up in your pipeline, please refer to the article to set up a Bake AMI stage.

The deployment process will create a server-group using a given AMI on a set of availability zones in a Virtual Private Cloud (VPC) in AWS, and route the external traffic to the server-group using an existing load balancer. On creating EC2 instances, it associates an existing ssh key-pair and security group as per the configuration.

Prior to setting up a Deploy stage, you should set up the required Identity and Access Management (IAM) roles on AWS for Spinnaker to connect and deploy, and also enable the selected subnets to be visible to Spinnaker.

1. Setting up IAM Roles for the Spinnaker pipeline deployment

For Spinnaker to deploy into AWS, it requires a minimum of two IAM entities created in AWS –

You can have multiple AWS accounts to work with, possibly each account is purposed for different environments – like Dev, Staging, and Production. Instead of Spinnaker connecting with each AWS Account with a separate User credential, it will connect to a single account (called Primary Account) using a single IAM User (called as ManagingUser) and this user will assume a role (called as ManagedRole) that has sufficient permission in each target AWS account to perform the deployment.

All of the IAM Account/Role/User procedures here are performed in AWS Web Console > Services > Under ‘Security, Identity & Compliance’ > IAM page.

No matter how many AWS accounts are targeted for deployment by Spinnaker, it just needs a single IAM user on the Primary Account in AWS to connect with.

The AWS admin sets up IAM credentials as below:

Note: Once you have created the managed accounts in the desired target AWS accounts, come back to the policy here and update the list of roles with ManagedAccounts under ‘Resources’ next to ‘sts:AssumeRole’.

The AWS admin sets up IAM credentials as shown below:

In every target AWS account, Spinnaker works with EC2 resources using a default role called ‘BaseIAMRole’. This role must be having an Instance Profile ARN.

If the role is not available, you can create it with or without any permission on every target AWS account:

6. Applying the Configurations via Halyard to Spinnaker

Once an IAM user is created with sufficient EC2 permissions and Rosco is configured with a Debian repository, we can safely enable the AWS bakery flags. Run the following commands in Halyard:

Enable AWS profile and apply the changes to take effect

7. AWS Networking Requirements for the Deployment

Prior to performing deployment, you need to configure Subnets and create Security Groups in AWS. Follow the procedure here to get them done.

a. Making Subnets visible to the Spinnaker Deployment

In Spinnaker, multiple subnets are grouped together into one by the above configuration tag to every subnet. The actual subnet value is not displayed on the ResourceGroup page if the purpose text is the same across the Subnets. The Spinnaker subnet value is displayed as name.

To make subnets visible to Spinnaker, every subnet needs to have a tag called ‘immutable_metadata’. Syntax

b. Configuring Security Groups in AWS for Spinnaker Firewall Control

If you decide to expose your application to the public users via port 80 and 443, then create a Security Group for ALB (Application Load Balancer) that whitelists Incoming ports 80 and 443. The VPC should be associated with the Spinnaker target VPC.

Setup another one for Application Servers. If the app is running under 8080 port, then create a Security Group for application servers that whitelists incoming ports 8080 and 22 (To connect via SSH for monitoring and debugging purposes).

Prior to performing deployment, you need to set up a load balancer that will route the traffic to the application servers that will get deployed by the Spinnaker pipeline. Load Balancer setup is done through the Spinnaker UI.

Go to the Infrastructure tab and select Load Balancer. Click on ‘Create Load Balancer’. Fill out the details as directed in the images below: 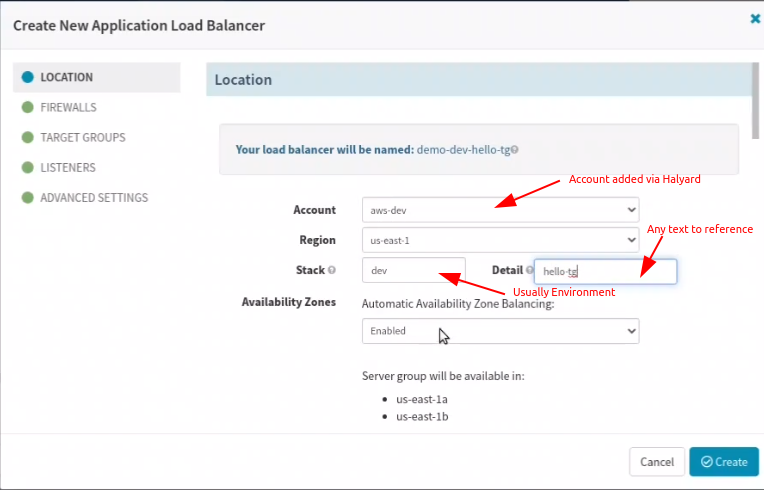 Remember Load balancer name is formed using application name + the text from the Stack and Detail fields. So name it nicely to indicate the environment in the Stack or Detail field. 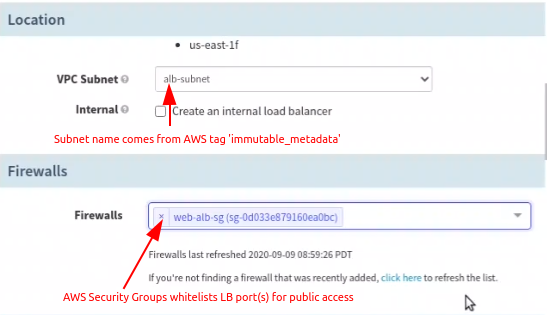 Configure Location and Firewall in Spinnaker

Earlier in AWS Console, you have given a value to the key ‘purpose’ of the JSON input to the tag ‘immutable_metadata’. The purpose texts are listed here as Subnets.

Depending on the Subnet selection, the VPC is chosen implicitly and so the Firewalls here list only the Security Groups of AWS associated with the chosen VPC. Choose the one desired for load balancer (be careful not to select the one intended for application server) 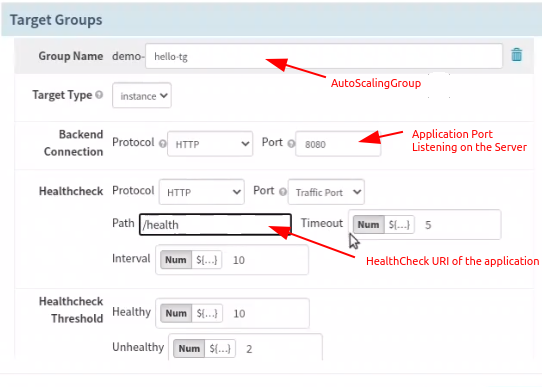 In (AutoScaling) Group Name, you can choose any input text; Remember, this becomes the prefix to server groups being created in ascending order like v001, v002, etc. Make sure Health check Path is not protected by any authentication and should be accessible anonymously. 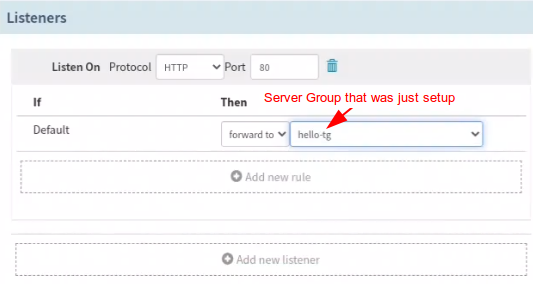 In the Listener section, forward the traffic to the Auto Scaling Group you just setup.

Deploying to AWS refers to the process of creating a server group using a previously baked AMI. The new server group, depending on the deployment strategy, can be configured to receive the traffic from load balancer automatically.

The Deploy stage depends on a successful Bake stage in the Spinnaker pipeline.

Go to the Pipeline and add a stage next to the Bake AMI stage and feed the inputs as shown in the images below: 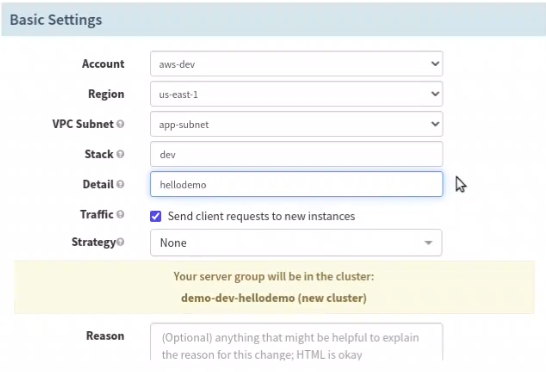 Choose the security-group desired for the Application server (be careful not to select the one intended for load balancer). 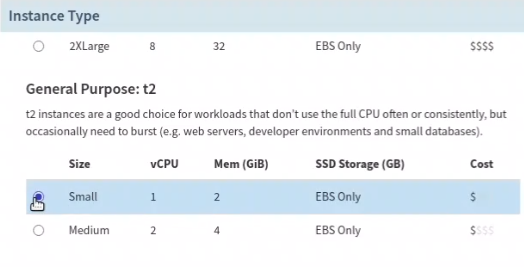 Choose a machine type depending on the resource requirement of the application.

Select a keyfile name here and you must have the private keyfile of the selected one on your machine to connect to the EC2 instances. The IAM Instance profile if left blank will be used as BaseIAMRole, if you have a different one created already, type the value here.

These additional tags are attached to every EC2 machine instantiated by the server group.

After configuring the ‘Deploy’ stage, go back to the Execution page, and trigger a manual deployment. It will take a couple of minutes to bake a new image (or use the existing image if the Jenkins build or the package version is the same) and to complete the deployment.

On completion of the deployment, access the DNS name of the load balancer in a browser to check the application.

We have explained the procedure to perform a successful deployment using Spinnaker on AWS EC2 using a baked AMI. Go ahead and give it a try yourself. And in case you want to install OpsMx Enterprise for Spinnaker.

If you want to know more about the features or request a demonstration, please book a meeting with us.

How to sync files across Kubernetes clusters using Ksync?

What is Istio? And why is it necessary for Kubernetes?