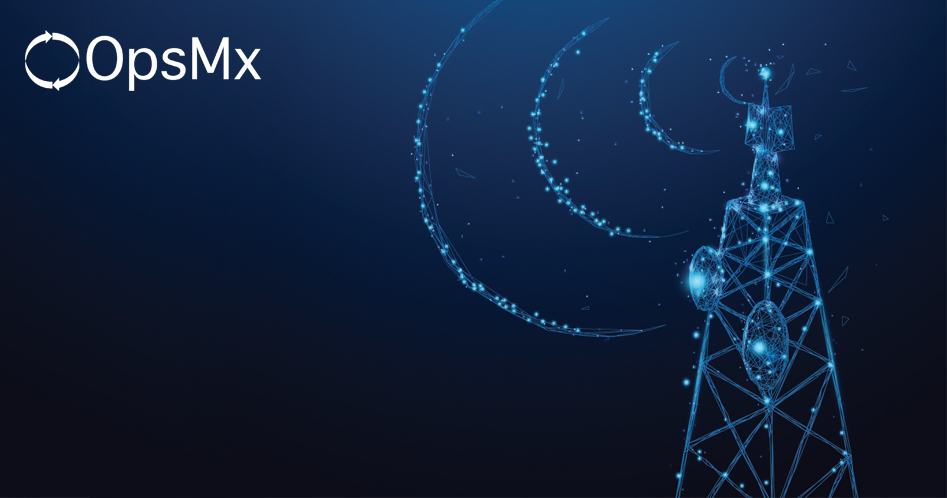 A regional telecommunication leader is committed to delivering the best digital connections – wireless, wireline, and media with customer experience at the center. Providing new and compelling content innovation with higher operational agility is one of their core strategic objectives.

The telecom company wanted to reimagine the digital retail experience for their customers – updating their website to be the hub delivering new mobile and TV content and improving the ordering process for unique voice and data plans. Their IT team is responsible for managing and enhancing the website for their end customers.

Due to an outdated software delivery process, they had significant issues delivering small new capabilities on schedule, and releasing significant improvements was even more problematic. The engineers struggled because they did not have the agility or flexibility in their deployment processes.  For example, they wanted to iterate quickly with new UI/UX changes to the website but were blocked by the amount of time required to push production updates. The company needed a new software delivery solution to overcome the following challenges:

Developers tried to extend Bamboo CI for software delivery, which required many scripts and jobs. Using Bamboo was not scalable because it forced many engineers to create and maintain deployment scripts rather than focus on new feature development and infrastructure reliability.

The DevOps team could not deploy software quickly enough due to the non-continuous and broken CI/CD process. The time required to deliver software updates was as high as one week, and the frequency of shipping code was low, ranging from once a week to once a month.

As with most companies, software security remains a top concern. They needed to implement  the continuous delivery solution on Red Hat OpenShift, a highly secured containerized platform to ensure network security. Further, they wanted to guarantee proper authorization and authentication protocols were followed to clearly define the identity of users and grant access to continuous delivery (CD) solutions.

Verification of new releases into production was carried out manually by collecting  and analyzing data from multiple monitoring tools. The process was repetitive and time-consuming, and any mistakes would mean troubles like production downtime, performance issues, or low website engagement.

Need for a stable and scalable CD solution for production

The company also needed reliable, highly available continuous delivery solutions since updates to the web application could be required at any time.  Further, as they expanded the use of iterative development, they knew that the continuous delivery (CD) solution needed to be scalable to a high number of updates each day.

With growing competition in the wireline, wireless, and OTT (over the top) sector, innovations needed to be deployed quickly. Because they were iterating on the UI/UX of the website application, the team knew that rapid deployment was required, and so the team needed to complete the continuous delivery initiative in a brief period.

The organization evaluated many continuous delivery (CD) tools like Argo CD but quickly chose OpsMx Enterprise for Spinnaker (OES). The key reasons for their choice include:

OpsMx Enterprise for Spinnaker (OES) provided pre-defined, automated pipelines to the company’s IT group to deploy the application in OpenShift in Google cloud. Almost 70 developers use OES pipelines to deploy software changes into dev, QA, and production environments and deliver them in a short time interval.

Whenever developers commit a code in Bitbucket, OES initiates the build process in Bamboo CI, stores the artifact in Harbour for security scanning, and finally deploys into Openshift clusters. Roughly 35 stages of the software delivery, including manual judgments, are automated using OES pipelines. Watch the below screenshot for reference.

Today ten pipelines are used to deploy into 15 applications. Each pipeline has a manual approval stage configured between dev/stage/prod deployments, and in each stage, stakeholders are provided in-context information for faster approvals.

The team was surprised at how cleanly and quickly they were able to deploy OpsMx Enterprise for Spinnaker. Installation took less than a day, pipelines were running in less than a week, and the entire project was completed in just 10 days.

OpsMx Enterprise for Spinnaker (OES) was installed and implemented with a “security-first” approach. OpsMx’s broad experience with secure CD meant that the implementation was completed quickly, and the new CD solution was fully protected. OES fully secures the solution with three key components:

OES is configured with high availability (HA) as a highly available system to achieve round-the-clock availability. The configuration also allows a very simple approach – simply changing one configuration parameter and then letting OES roll out the change – to increase throughput when the additional scale is needed.

The company has integrated Spinnaker Kayenta and OpsMx Autopilot into their continuous delivery pipeline to verify new update  performance and quality. Kayenta gathers metrics of newly deployed changes from Prometheus, and Autopilot collects logs from the log analyzer tool Graylog. Kayenta and Autopilot perform a risk assessment and then take automated decisions to rollback or roll forward based on the confidence in the update.

The company’s  IT team achieved the continuous delivery (CD) transformation with OpsMx in just 10 days. This significantly outperformed even their most optimistic projections and was achieved through the simplicity of OpsMx Enterprise for Spinnaker and the tight partnership between the companies.

Faster time to market with reduction of deployment time by 99%

Website enhancements and maintenance have become fast and easy, with OES pipelines streamlining their software delivery process. With time to deploy software reduced from one week to 45 minutes, the team spends more time delivering innovative content and less time deploying and verifying updates.

Accurate risk assessment of production updates through OpsMx Autopilot and Kayenta provides confidence that customers will continue to receive top-notch service. In cases where an error does occur, rollbacks are done immediately and automatically, preventing damage to the overall brand.

Productivity improvements due to continuous delivery

With automation of the entire software process, engineers are freed up from writing and managing deployment scripts. All their resources can now focus on innovation and improving infrastructure and application reliability and performance.

Read more Autopilot user stories: If you want to know more about the Autopilot or request a demonstration, please book a meeting with us for Autopilot Demo. OpsMx is a leading provider of Continuous Delivery platforms that helps enterprises safely deliver software at scale and without any human intervention. We help engineering teams take the risk and manual effort out of releasing innovations at the speed of modern business. For additional information,contact us.
Tags : AutoPilot, Continuous Delivery, Continuous Verification, OpenShift, OpsMx Enterprise for Spinnaker, Prometheus, Spinnaker, telecom, User Stories