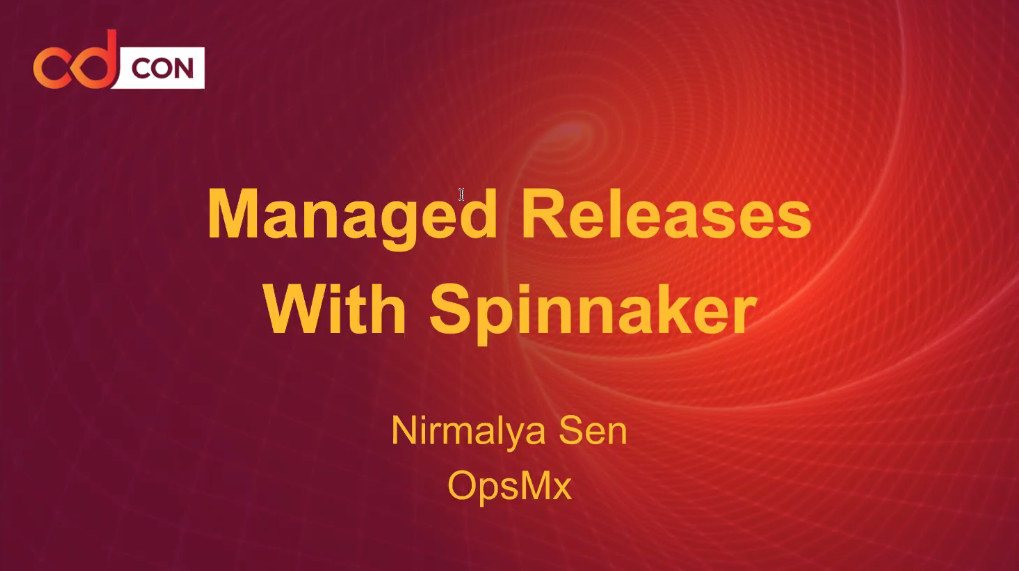 Spinnaker is a Continuous Delivery (CD) platform that was developed at Netflix where they used it to perform a high number of deployments ( 8000+/day). Later they made it available as an open-source tool. Previously enterprise release cycles used to be stretched for 7/8 months. But with the availability of the Spinnaker CD tool, enterprises have been able to shorten the release cycles from months to weeks to days (even multiple releases a day).

There are several other tools available in the market for continuous delivery but what made Spinnaker so special?

Spinnaker allows you to create and configure CD pipelines that can be triggered manually or by some events. Thus the entire release process is automated end-to-end.

With a  high number of release deployments, it is hard to know if some unwanted or bad release has been deployed into production which otherwise should have been failed. The built-in rollback mechanisms with Spinnaker allow you to test and quickly rollback a deployment and lets the application go back to its earlier state.

This feature in Spinnaker allows you to monitor your application across different cloud providers without needing you to log in to multiple accounts.

So Spinnaker is a foundational platform for Continuous Delivery (CD) that can be quite easily extended to match your deployment requirements.

Spinnaker supports application management. In the Spinnaker UI, an application is represented as an inventory of all the infrastructure resources – clusters/server-groups, load balancers, firewalls, functions (even serverless functions) that are part of your application. 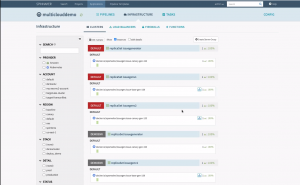 You can manage the same application deployed to different environments like AWS, GCP, Kubernetes, etc., from the Spinnaker UI itself. Spinnaker supports access control for multiple accounts. E.g., users like dev or testers with permission can deploy to Dev or Stage environments, whereas only the Ops people get to deploy the application into production. You can view and manage the different aspects of the application – like scaling the application, view the health of other Kubernetes pods that are running, and see those pods’ performance and output. 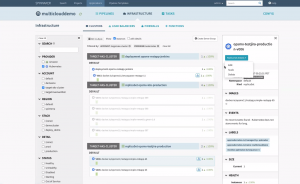 View and manage the different aspects of the application 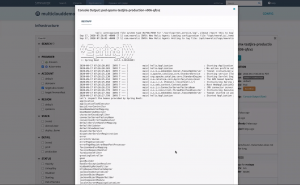 View the output of the pod instances that are running

Spinnaker pipelines let you have all your application’s infrastructure up and running. You can define your deployment workflow and configure your pipeline-as-a-code (JSON). It enables github-style operations. 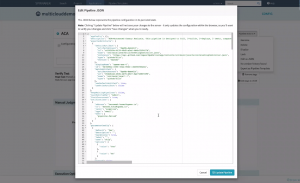 Spinnaker pipelines allow you to configure:

As part of the pipeline, you can configure and create automated triggers. These triggers can be fired based on events like a code check-in to the github repository or a new image being published to a Docker repository. You can have them scheduled to run at frequent intervals. You can pass different parameters to your pipeline so that you can use the same pipeline to deploy to different stages just by varying the parameters. You can set up notifications for integrations with different channels like slack or email. 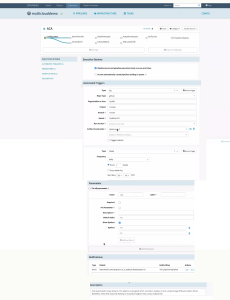 After configuring the setup you can add different stages each of which is responsible for doing a different set of actions like calling a Jenkins job,  deploying to Kubernetes, and so on.  All these stages are first-class objects or actions that are built-in and that allows you to build a pretty complex pipeline. Spinnaker allows you to extend these pipelines easily and also do release management. 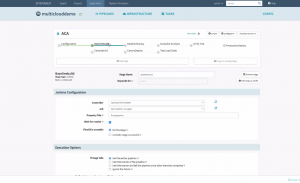 Once you run the Spinnaker pipeline you can monitor the deployment progress. You can view and troubleshoot if somethings go wrong such as Jenkins build failure. After a successful build, the build number is passed and tagged to the build image which is then used in subsequent stages to deploy that image. 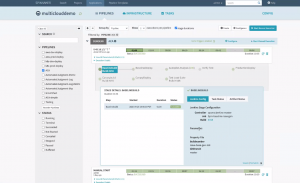 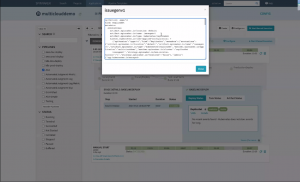 You can see the results of deployment like what yaml got deployed. Spinnaker adds a lot of extra annotations to the yaml code so that it can manage the resources. As mentioned earlier, you can check all aspects (status of the deployment, the health of infrastructure, traffic, etc) of the associated application resources from the UI.

Problems with other CD tools

Each organization is at a different maturity level for their release cycles. Today’s fast-paced business environment may mandate some of them to push code checked-in by developers to be deployed to production in a matter of hours if not minutes. So the questions that developers or DevOps managers ask themselves are:

For all the above use cases, Spinnaker is an ideal CD tool of choice as it does not require lots of custom scripting to orchestrate all these tasks.  Although, there are many solutions in the marketplace that can orchestrate the business processes associated with the software delivery they lack interoperability- the ability to integrate with existing tools in the ecosystem.

The cost of delivery is pretty high when you have broken releases. Without end-to-end integration of delivery stages, the deployment process often results in broken releases. For e.g. raising a Jira ticket for one stage, letting custom scripting be done for that stage, and passing on to the next stage in a similar fashion.

Say, your release manager decides that from ten releases, release A and B  (i.e. components of software) will be released. Then it needs all the approvals ( from testers/DevOps/Project managers/release manager) to be integrated into the deployment process of these releases. And, all this can be achieved using a Spinnaker pipeline.

Example of a Spinnaker pipeline

Example of a Spinnaker pipeline

The BOM application configuration ( example below) is managed in some source control repository. Once you make any change and commit, it triggers the pipeline that would deploy the version of the services. Under the hood, Spinnaker would read the file from a repository, and inject it into the pipeline, deploy the different versions of the services, validate the deployment and promote it to the next stage.

Example of a BOM

A BOM can have a list of services that have been installed. You may not install all services in the release or promote all the services. So you will declare if the service is being released or not, and the version of the release or image that is going to be published. Here in this example, we are doing it with a Kubernetes application.  You can also input different parameters that are going to be part of the release e.g. release it in the US region only.

So the key features of this release process are:

Please refer to the demo video below:

Spinnaker supports managing releases giving you control over what version of different services would get deployed and released. So all the versions need not have continuous delivery but planned release. It lets you plan releases, determine what releases would get promoted, and promote them through the whole process in an automated manner.

Nirmalya Sen is a 25+ year industry veteran who has worked in companies like IBM, Oracle, and Cisco. He was a founding member of a successful startup that went public in India. The company later got acquired by Mindtree. He has been building and delivering enterprise software all throughout his career and managing globally distributed teams. His current passion involves solving software distribution challenges in the cloud computing era.